Our organization was created by legislation over a century ago, to help eliminate injury, disease, and death in the workplace. The law established rights for workers and employers in a compensation system funded by employers.

Before 1917, a person's only option for compensation following an injury at work in B.C. was to sue the employer. That changed with an historic compromise in which workers gave up their right to sue their employer, and employers agreed to fund a no-fault insurance system.

The Workmen’s Compensation Act, put into effect in 1917 by the provincial government, eliminated expensive and lengthy lawsuits by:

The laws protect both workers and employers. The system is supported financially by employers who pay premiums based on their assessable payroll.

The Act also created the organization now known as WorkSafeBC.

In the early 1900s, B.C.'s population and workforce were growing rapidly. Forestry, fishing, and mining were the province's core industries. Working conditions in the woods, on boats, and in mines were often shockingly dangerous.

Mining had the reputation of being particularly dangerous, and often deadly. Vancouver Island's coal mines were considered the most dangerous in the world.

In the worst mining disaster in B.C. history, 148 miners lost their lives in a gas explosion at the Vancouver Coal and Land Co. mine in 1887. Their widows received little compensation from the company other than basic housing and food.

It was clear to many that B.C. had a desperate need for a compensation system for workers who were injured on the job or suffered work-related illnesses.

Reports on our workers' compensation system

Our evolution has been influenced by numerous task forces, committees and study groups that have looked at occupational health and safety matters, and the workers' compensation system in B.C. Their findings are available in reports and reviews, including Royal Commissions, which have helped determine the best ways for us to serve workers and employers in B.C. 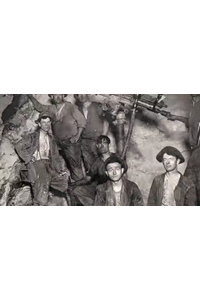