As we grew, our mandate expanded to include the prevention of workplace accidents, and we began investigating accidents and advocating for worker safety.

See how we began: Watch a video of our first 25 years

Highlights of our first 25 years

Stories from our first 25 years

After opening for business on January 1, 1917, it wasn't long before we received our first claim. Thomas Pickering, new to his job as a longshoreman, reported for his shift at Vancouver's Great Northern [Railway] Dock.

As he was unloading farm equipment from freight cars, he tripped and fell, crushing his finger. Pickering missed some 35 days of work while recovering. And so, using our rule at the time — benefits amounted to 55 percent of wages lost after a three-day waiting period — he was awarded our first time-loss payment: $32.73. 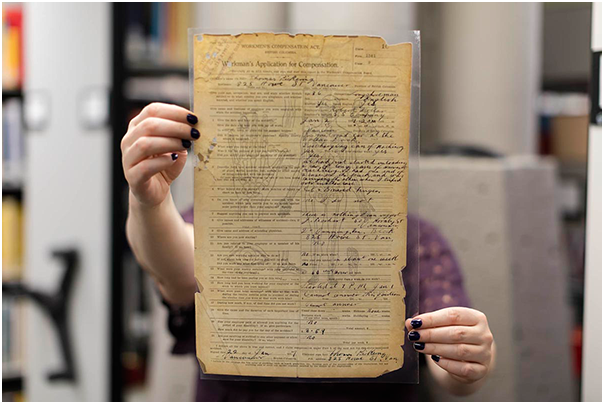