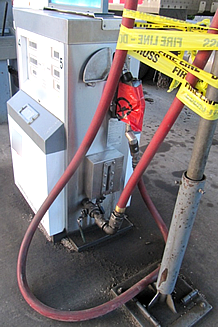 Incident summary
A truck driver was refuelling his truck with diesel at a fuel station when he was suddenly engulfed in a flash fire. The driver was blown backward approximately 20 feet (6 metres) from the truck and sustained first-degree burns.