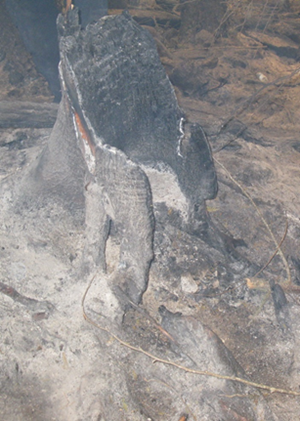 Incident summary
A faller was falling dangerous trees as part of wildfire suppression activities. He felled a Douglas-fir tree, and then a nearby cedar tree fell and struck him. The faller was pinned between this second tree and the Douglas-fir stump. He sustained fatal injuries.