Report - Economic Impacts of the Proposed Amendment to the ETS Regulation 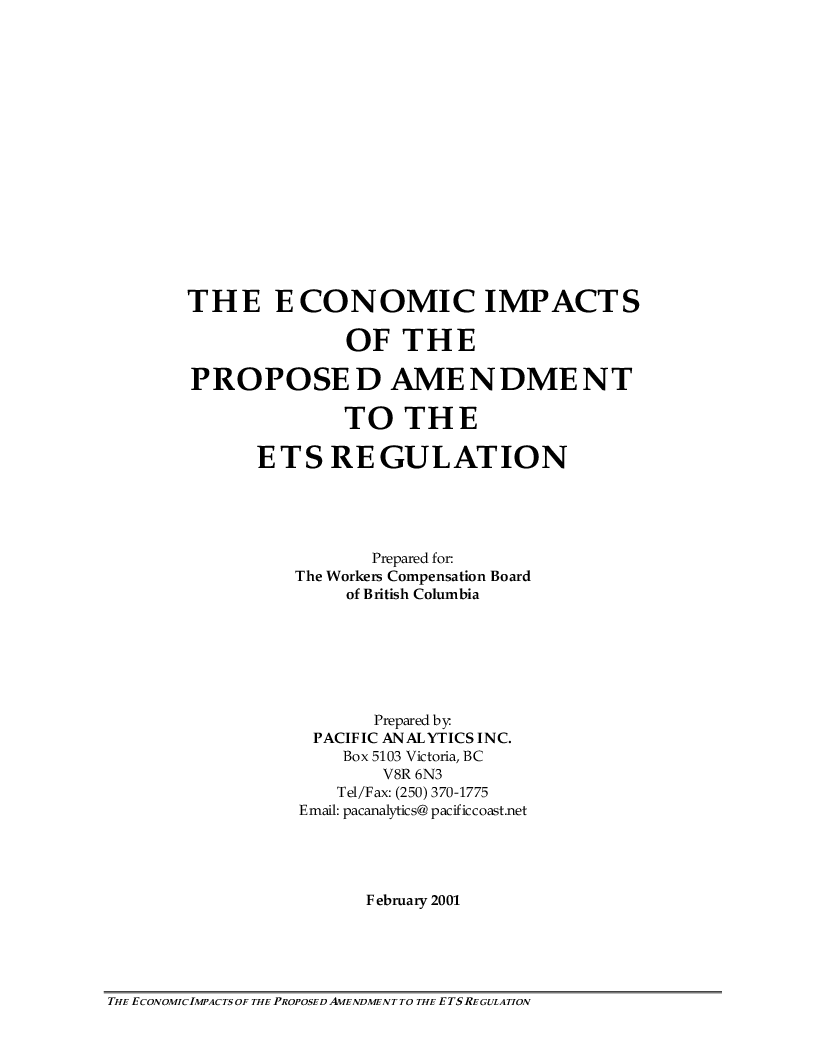 On January 1 2000, the Workers’ Compensation Board of British Columbia (WCB) extended its workplace smoking restrictions to include all hospitality, public entertainment, and long-term residential facilities in the province. The smoking restrictions were in effect until March 22, 2000, when Madam Justice Stromberg-Stein ruled that the WCB had not consulted stakeholders sufficiently and overturned the extension of the regulation to both hospitality and long-term residential facilities until such time that the WCB could undertake proper consultations

The WCBC conducted a public hearing on further proposed amendments to Part 4 of the Occupational Health and Safety Regulation relating to environmental tobacco smoke in June, 2000.

This study assesses the potential short-term provincial and regional impacts; the potential long-term impacts; and the impacts on BC’s competitiveness if the proposed amendment were adopted.