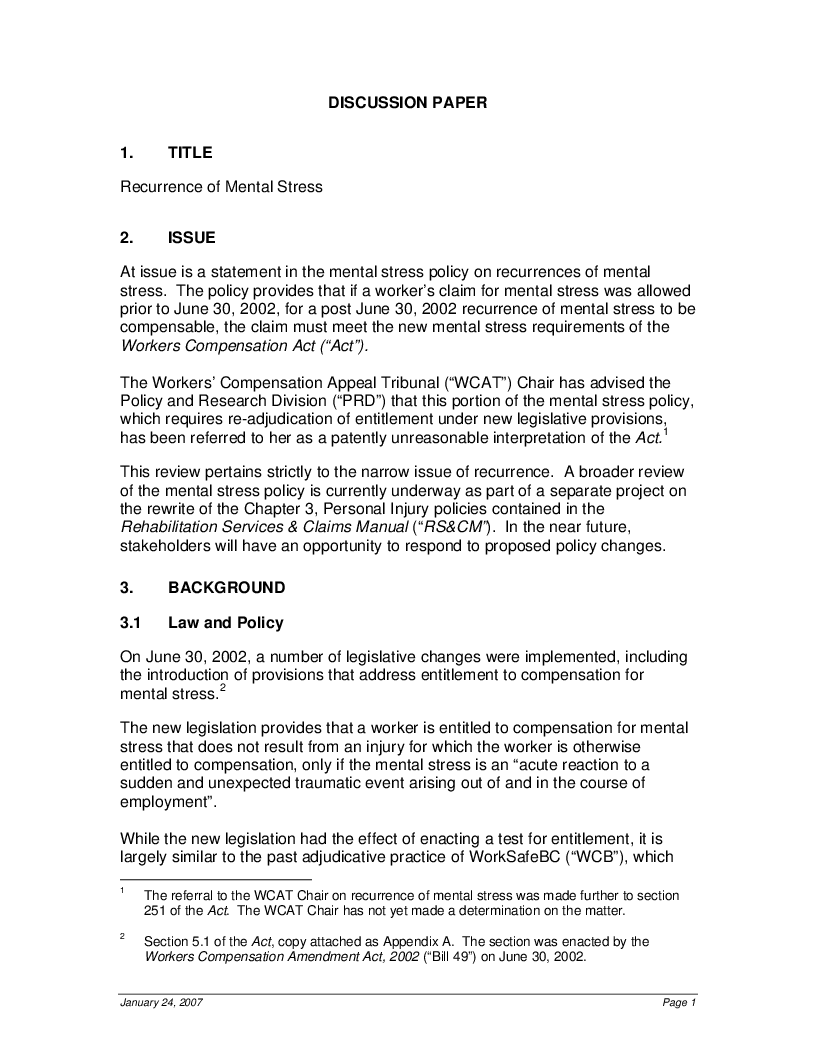 At issue was a statement in the mental stress policy that addressed recurrences.

On June 30, 2002, new legislation was introduced to specifically address mental stress. The new legislation provided that a worker was entitled to compensation where the mental stress was an “acute reaction to a sudden and unexpected traumatic event arising out of and in the course of employment”.

To bridge the new legislation, a transitional provision provided direction for how the Workers Compensation Act as amended by the June 30, 2002 legislation should be applied in the event of a recurrence. The transitional provision may have been interpreted in two ways. The current mental stress policy took a broad view, that the June 30, 2002 provisions were applicable not only to the calculation of benefits, but also to entitlement of benefits. In the alternative, under a narrow view, the current provisions would only have been applicable to the calculation of benefits, but not entitlement.