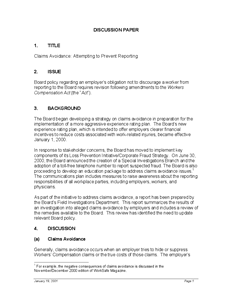 The Policy and Regulation Development Bureau of the Workers’ Compensation Board sought comment regarding the attached discussion paper on "Claims Avoidance: Attempting to Prevent Reporting".