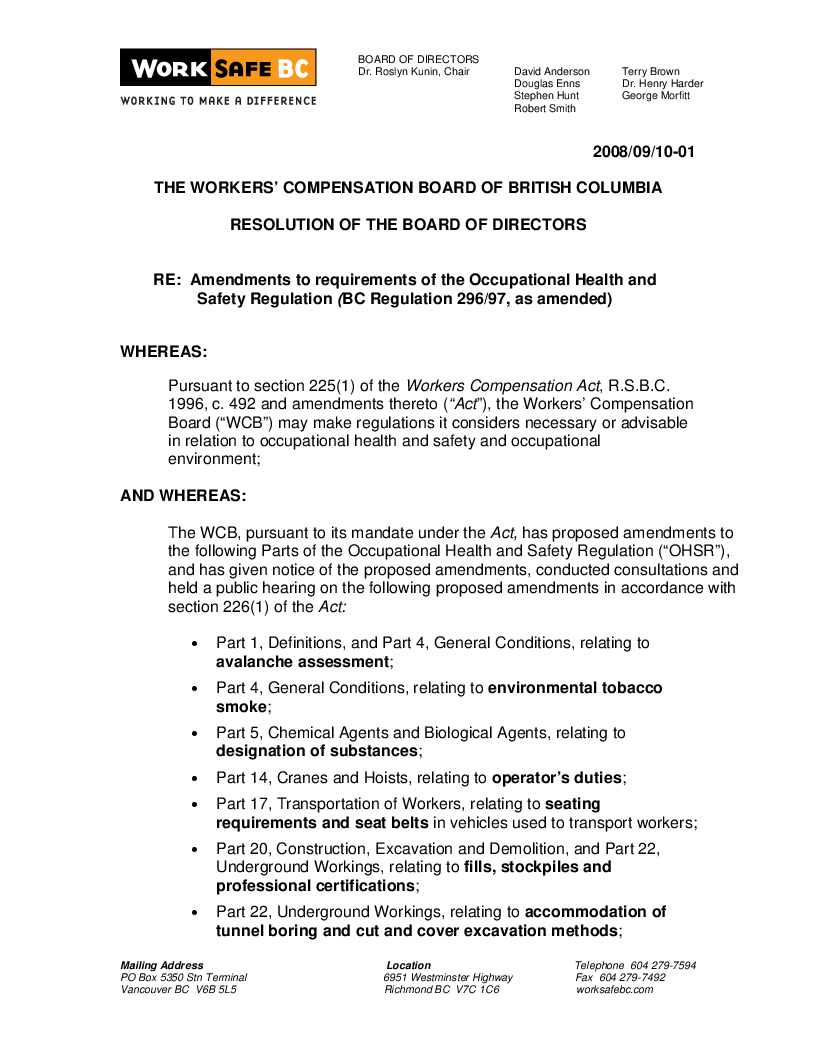 At its September 2008 meeting, WorkSafeBC’s Board of Directors approved amendments to Parts 1, 4, 5, 14, 17, 20, 22, and 23 of the Occupational Health and Safety Regulation. A strikethrough version of the approved amendments with explanatory notes can be accessed below.