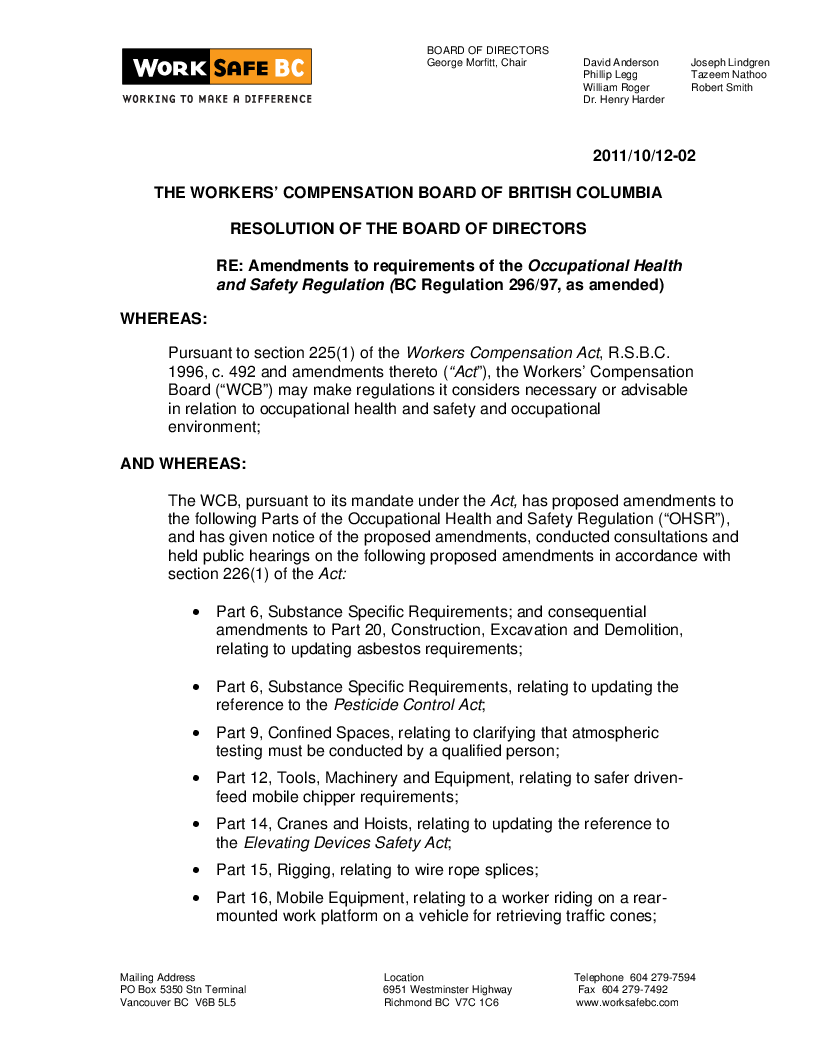 At its October 2011 meeting, WorkSafeBC’s Board of Directors approved amendments to the Occupational Health and Safety Regulation.

These amendments became effective on February 1, 2012.

Strikethrough versions of the amendments with explanatory notes can be accessed to the right. Deletions in the regulatory amendments are identified with a strikethrough and additions are in bold text and highlighted in yellow.

The amendments were taken to public consultations in the fall of 2010 and to public hearings in May‑June 2011.  Stakeholder feedback received during the public hearing process is available for review.

Proposals for two items were not put forward for approval.  The first relates to proposed amendments to section 6.85, Substance Specific Requirements, regarding posting warning signs.  Both workers and employers supported the existing regulation.  The second relates to proposed amendments to Part 16, Mobile Equipment, regarding requiring a permanent mechanical support for trailer dump boxes. During the public hearing, stakeholders advised of issues that will need to be addressed.