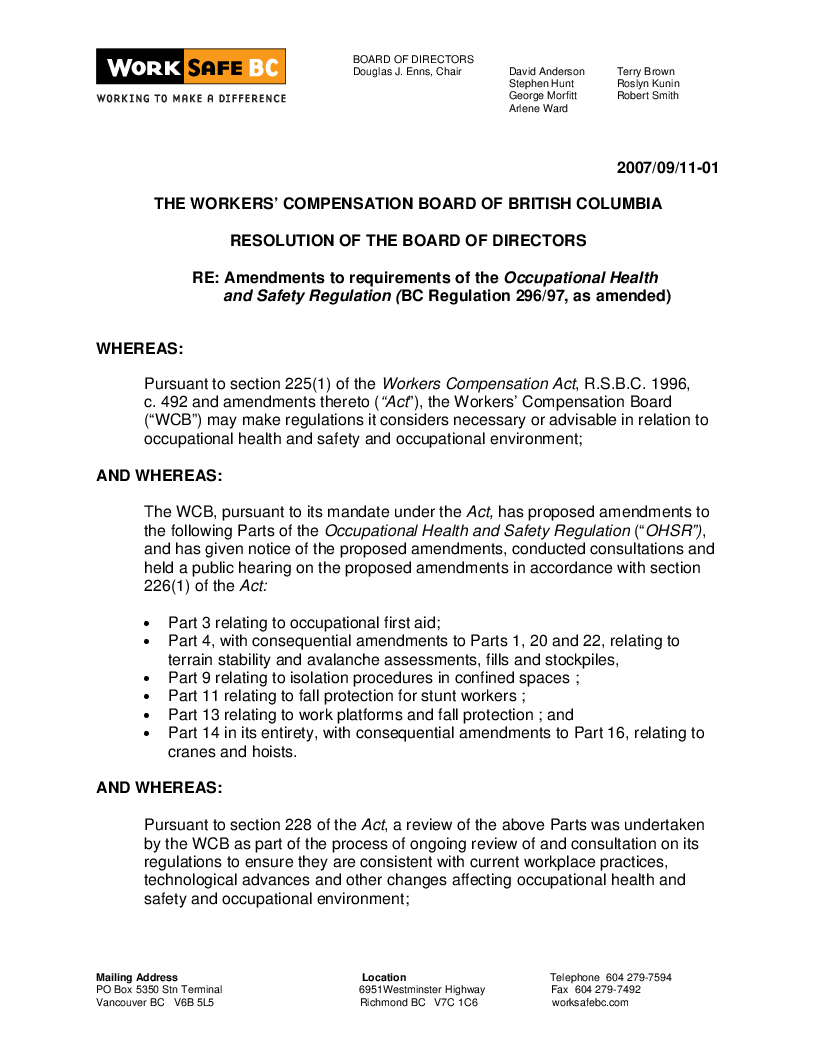 The Board of Directors of WorkSafeBC approved amendments to Parts 3, 9, 11, 13, 14 and 16 of the Occupational Health and Safety Regulation.

These amendments became effective on February 1, 2008.

The Board of Directors directed that, in light of feedback received during the public hearing process, further work be conducted on the proposed amendments to Parts 1, 4, 20 and 22 relating to terrain stability and avalanche assessments, fills and stockpiles.

The amendments referenced above were all taken to public hearings in June 2007. Stakeholder feedback received during the public hearing process is available for review.