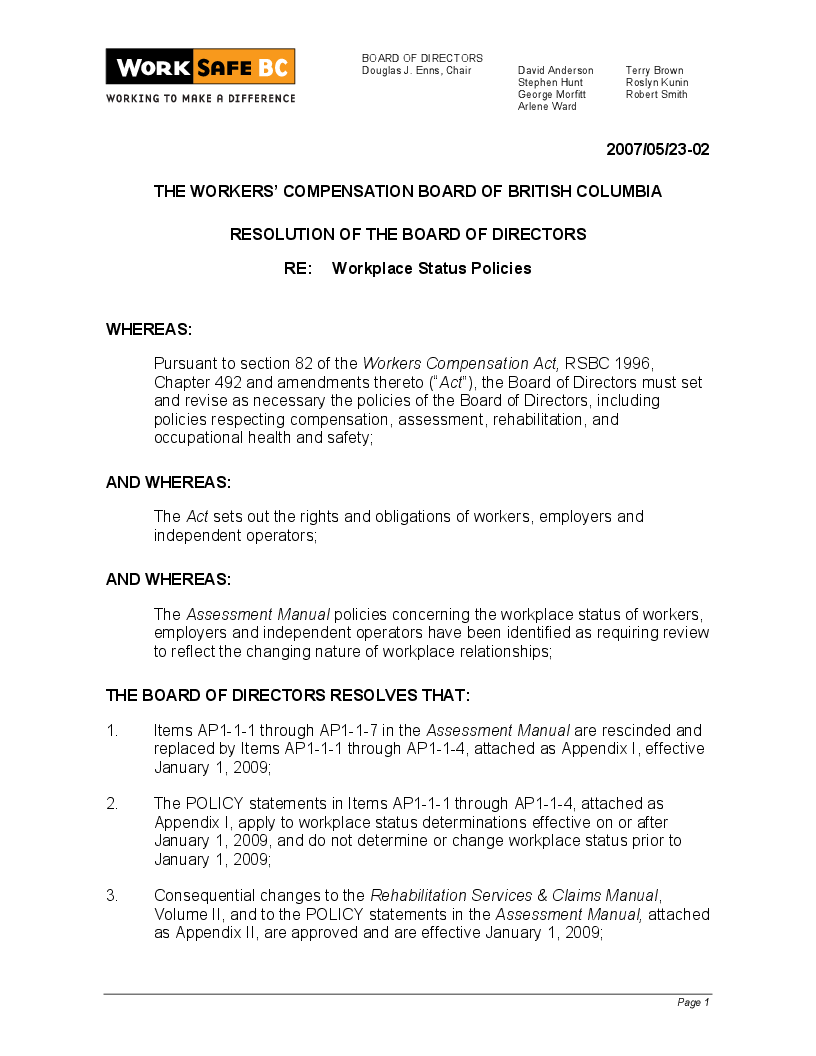 The Board of Directors has approved changes to the Assessment Manual policies concerning the determination of workplace status. These policies are used by WorkSafeBC to determine who may be a worker, an employer, or an independent operator. WorkSafeBC consulted extensively on these policies, and the Board of Directors considered the many responses received from stakeholders before approving the changes.

The changes include the elimination of the former policy on labour contractors, and the adoption of commonly-used principles to distinguish between workers and independent operators, including control, equipment supply, chance of profit, risk of loss, and business integration. In response to feedback from stakeholders, and to clarify the application of the policies, examples of situations where WorkSafeBC may find an individual to be an independent operator have also been included.

The changes were originally scheduled to come into effect January 1, 2009 to allow sufficient time for the Claims Management Solutions (“CMS”) Systems to be developed, implemented, and tested before the policy changes took effect.