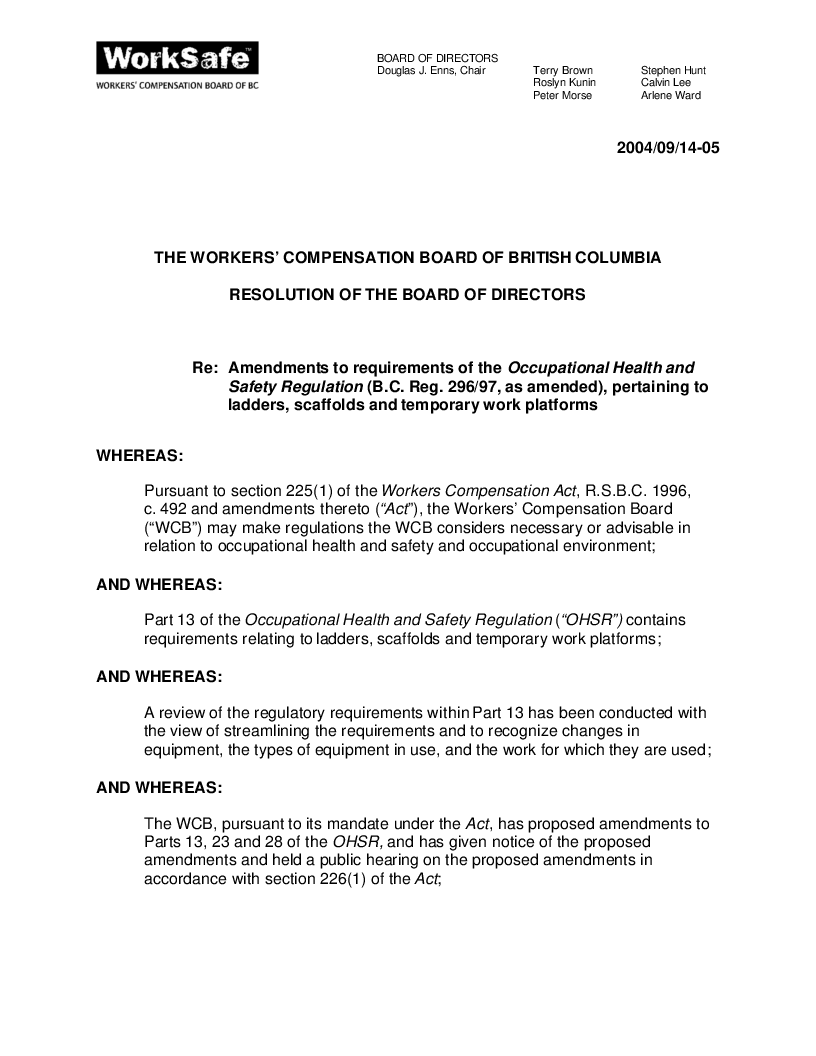 During its meeting on September 14, 2004, the Board of Directors approved amendments to Part 13. These amendments recognize changes in equipment and workplace practices and rationalize existing requirements. The amendments place greater reliance on standards, such as Canadian Standards Association standards, to allow flexibility to update applicable standards as the need arises.

The following amendments are new requirements that are intended to improve worker health and safety:

Amendments to existing requirements have also been made to ensure an appropriate level of safety in the workplace:

The proposal taken to public hearing included a new requirement for an employer to provide a personnel hoist capable of transporting an injured worker on a stretcher where a building under construction exceeds five floors. This proposal was not approved. The personnel hoist requirement will be brought forward for consideration as part of the priority setting process for the next phase of regulation review, with further discussion of its benefits in reducing musculoskeletal injuries.

The amendments come into effect on January 1, 2005.