BOD Decision – 2003/07/15-01 – Amendments to Various Sections of the OHS Regulation, the Regulation for Agricultural Operations and the Industrial Health and Safety Regulation, Pertaining to Occupational Exposure Limits 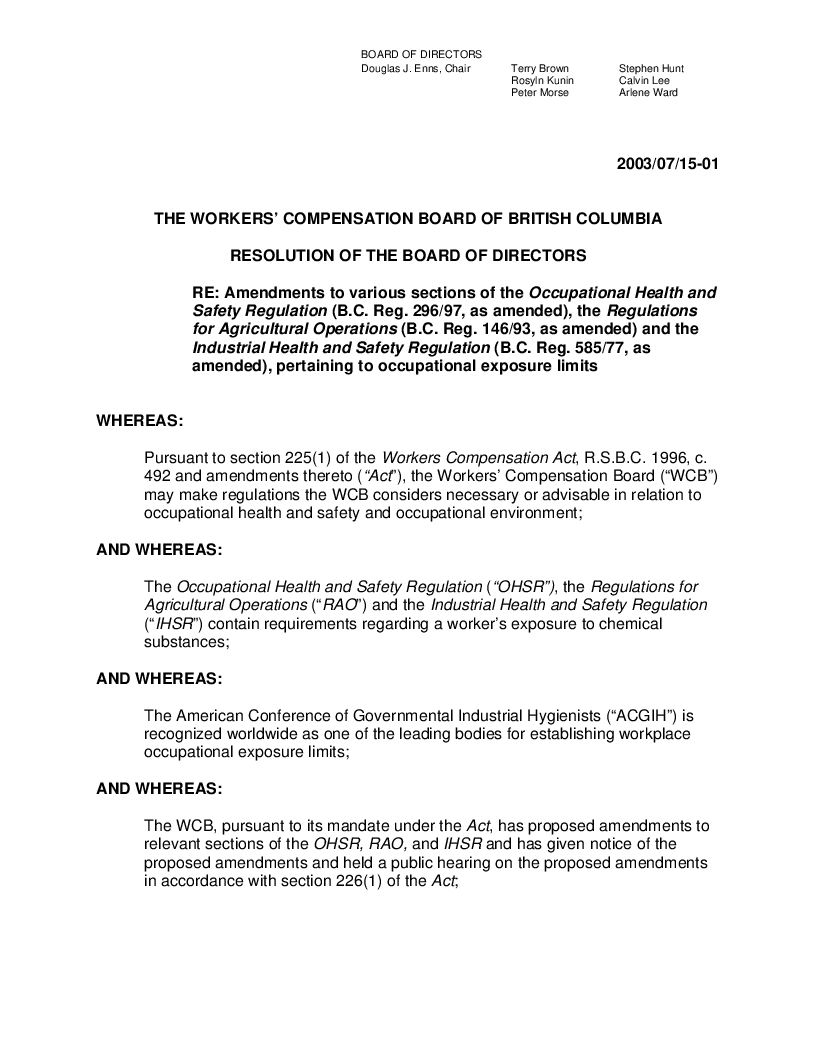 A public hearing on the proposed regulatory amendments was conducted between February 21, 2003 (date of notice) and April 10, 2003 (due date for written submissions). Oral hearings were conducted in Prince George on March 25, 2003 and in Richmond on March 27, 2003.

The regulatory amendments reference the Threshold Limit Values ("TLVs") established by the American Conference of Governmental Industrial Hygienists ("ACGIH") for determining a worker's exposure to hazardous chemical substances. The new regulation provides an exception where it is determined that a specific TLV is not appropriate for adoption in British Columbia, or where no TLV has been developed for a particular substance.

The Board of Directors approved policy to provide for exposure limits for specific substances notwithstanding the TLVs. 169 substances are currently listed.

To support the regulatory and policy amendments, an internal review committee was established. This committee is responsible for facilitating an ongoing review of exposure limits provided for in policy and proposed new TLVs developed by the ACGIH.