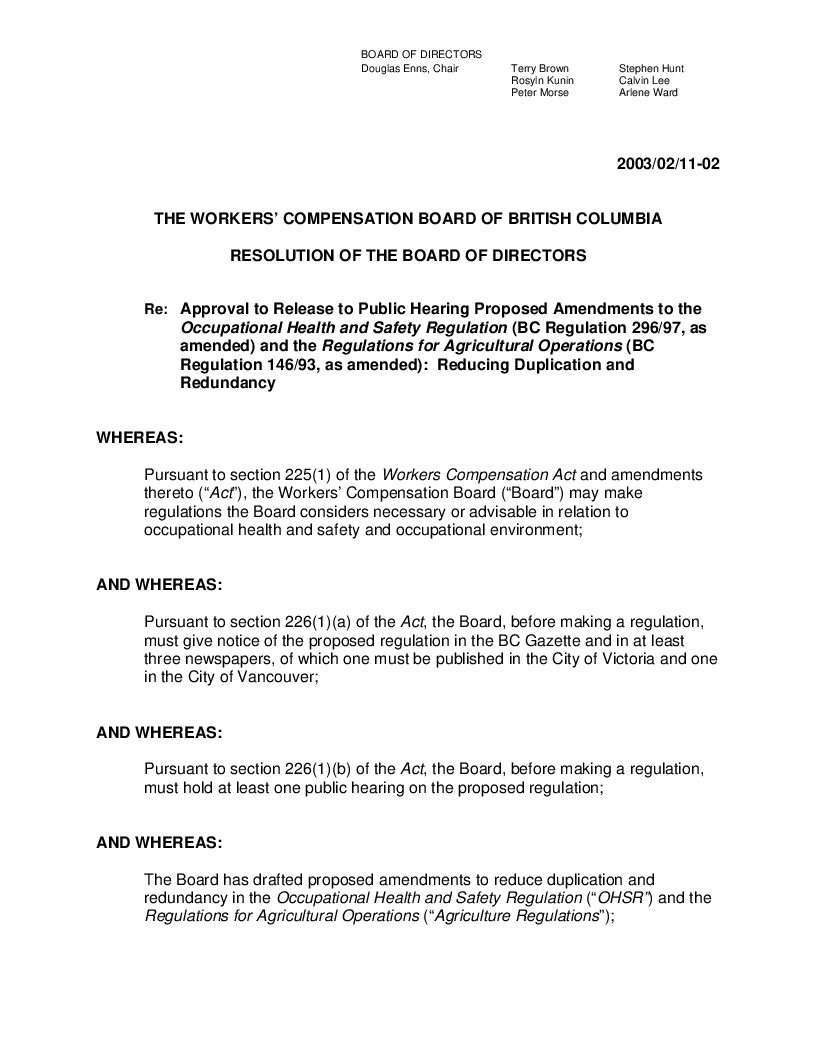 The Board of Directors approved the release to public hearing of proposed amendments to reduce duplication and redundancy in the Occupational Health and Safety Regulation and the Regulations for Agricultural Operations. In addition, the proposal incorporates a 1998 Supreme Court of British Columbia decision that restricts the WCB's jurisdiction in aircraft operations. The amendments are divided into ten categories. The WCB held a public hearing on the proposed amendments on March 25, 2003 in Prince George; and on March 27, 2003 in Richmond.