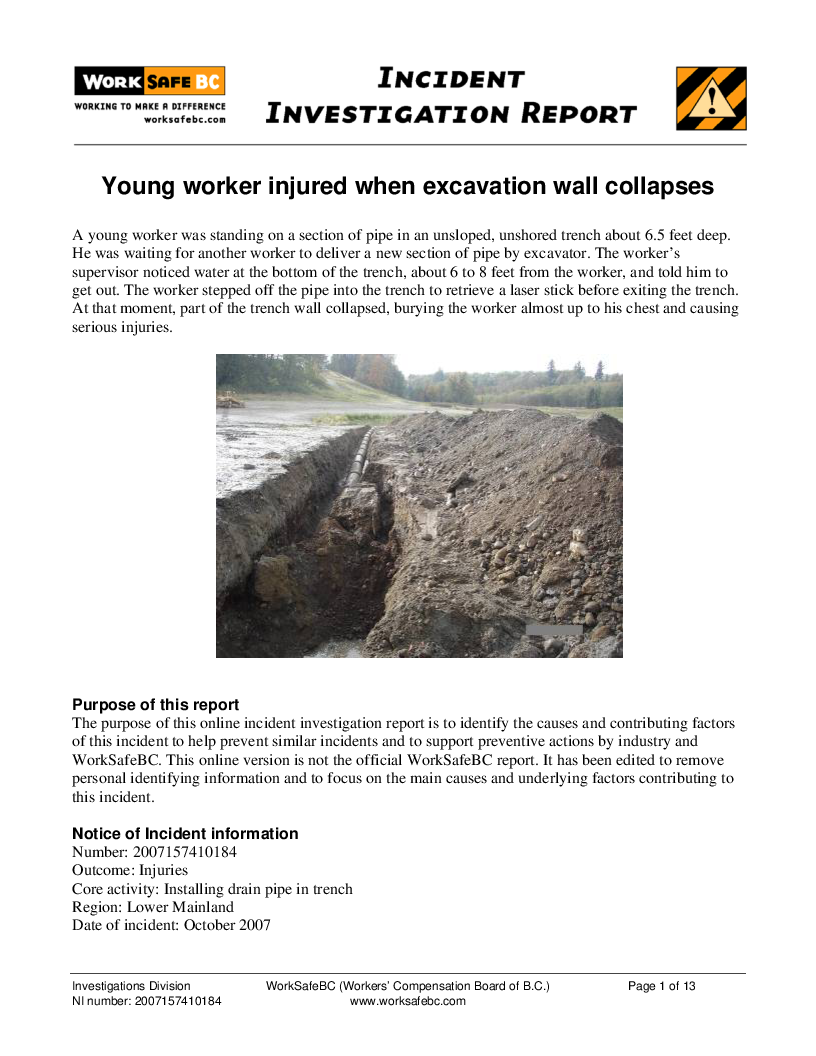 A young worker was standing on a section of pipe in an unsloped, unshored trench about 6.5 feet deep. He was waiting for another worker to deliver a new section of pipe by excavator. The worker's supervisor noticed water at the bottom of the trench, about 6 to 8 feet from the worker, and told him to get out. The worker stepped off the pipe into the trench to retrieve a laser stick before exiting the trench. At that moment, part of the trench wall collapsed, burying the worker almost up to his chest and causing serious injuries.