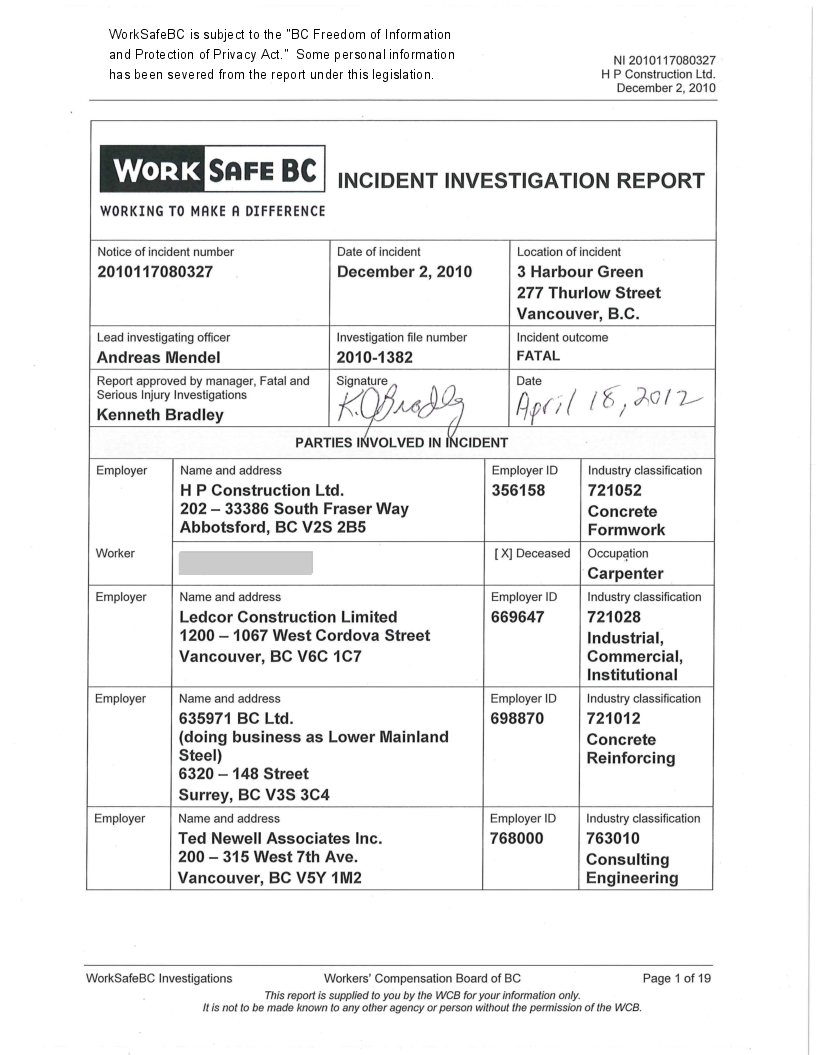 A carpenter on the 30th floor of a high-rise building under construction was speaking with his supervisor while standing beside the location where wall forms were being flown in and erected. The first wall form had just been set and braced. A steelworker was climbing up the walers to access the work platform so that he could help guide the rebar mat into place. The wall form suddenly fell over, and the steelworker climbing up was able to jump clear. However, the nearby carpenter was crushed by the protruding work platform attached to the wall form and died of his injuries. The supervisor escaped unharmed.