Worker dies after being thrown back by concrete pump hose 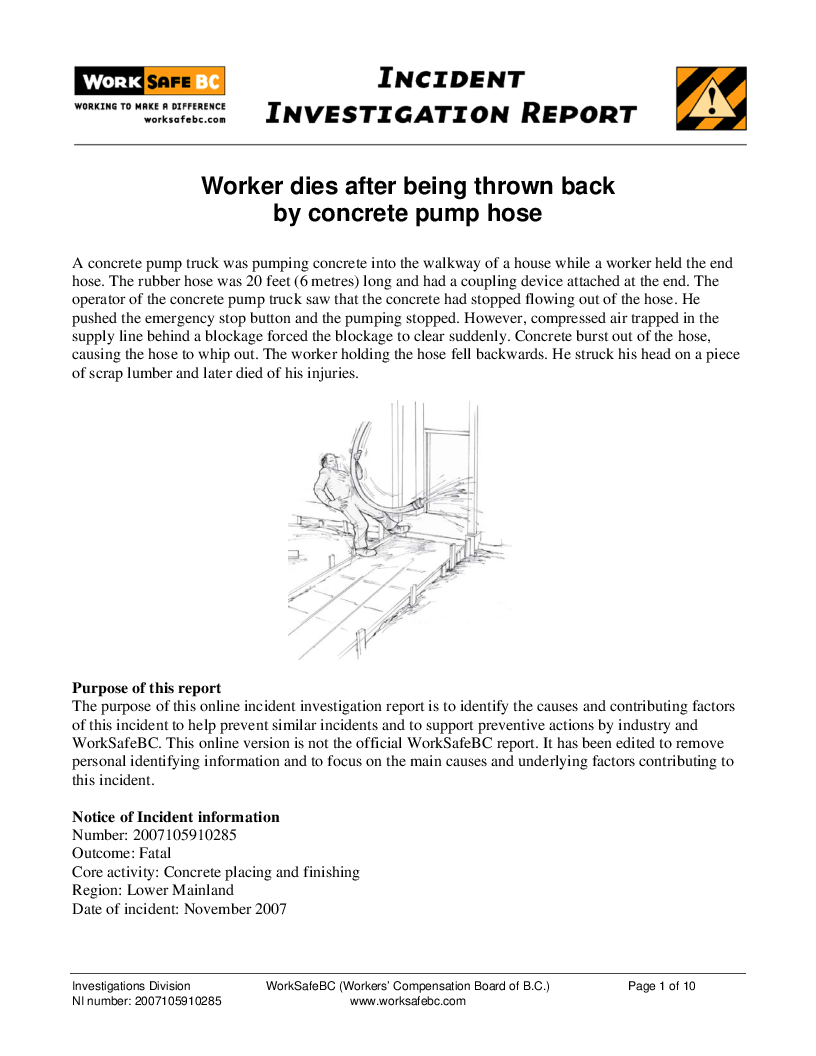 Summary
A concrete pump truck was pumping concrete into the walkway of a house while a worker held the end hose. The rubber hose was 20 feet (6 metres) long and had a coupling device attached at the end. The operator of the concrete pump truck saw that the concrete had stopped flowing out of the hose. He pushed the emergency stop button and the pumping stopped. However, compressed air trapped in the supply line behind a blockage forced the blockage to clear suddenly. Concrete burst out of the hose, causing the hose to whip out. The worker holding the hose fell backwards. He struck his head on a piece of scrap lumber and later died of his injuries.