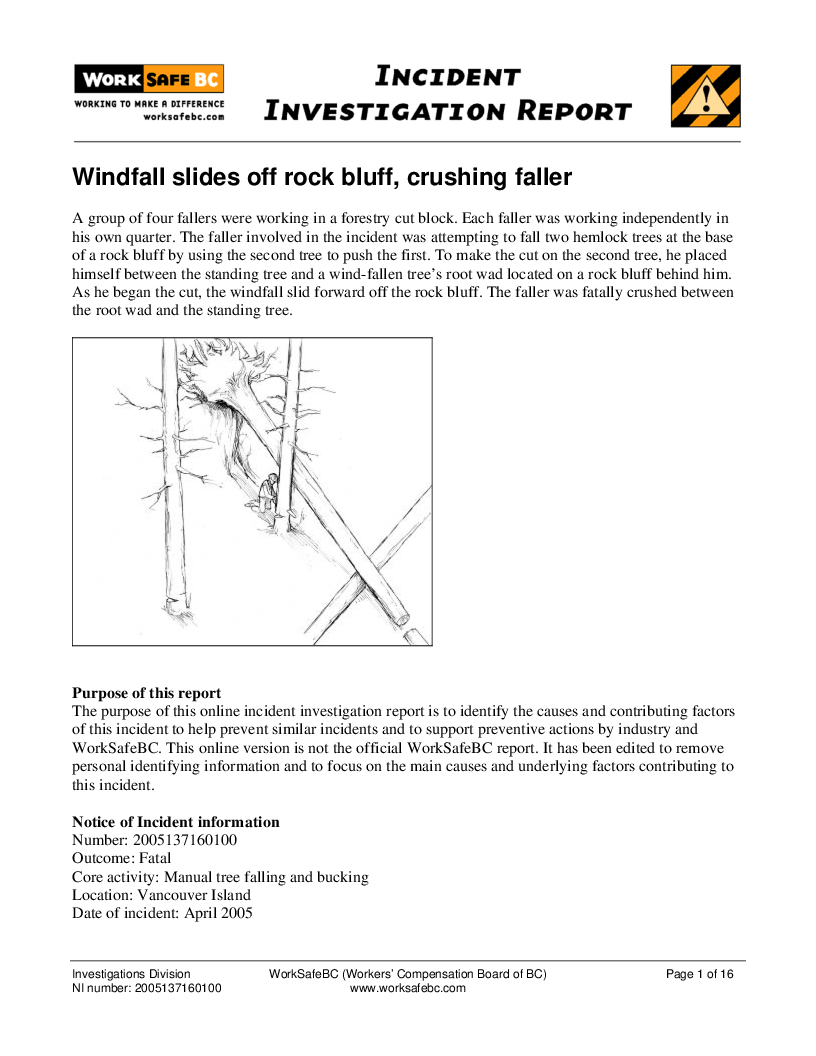 Summary
A faller was attempting to fall two hemlock trees at the base of a rock bluff by using the second tree to push the first. To make the cut on the second tree, he placed himself between the standing tree and a wind-fallen tree's root wad located on a rock bluff behind him. As he began the cut, the windfall slid forward off the rock bluff. The faller was fatally crushed between the root wad and the standing tree.