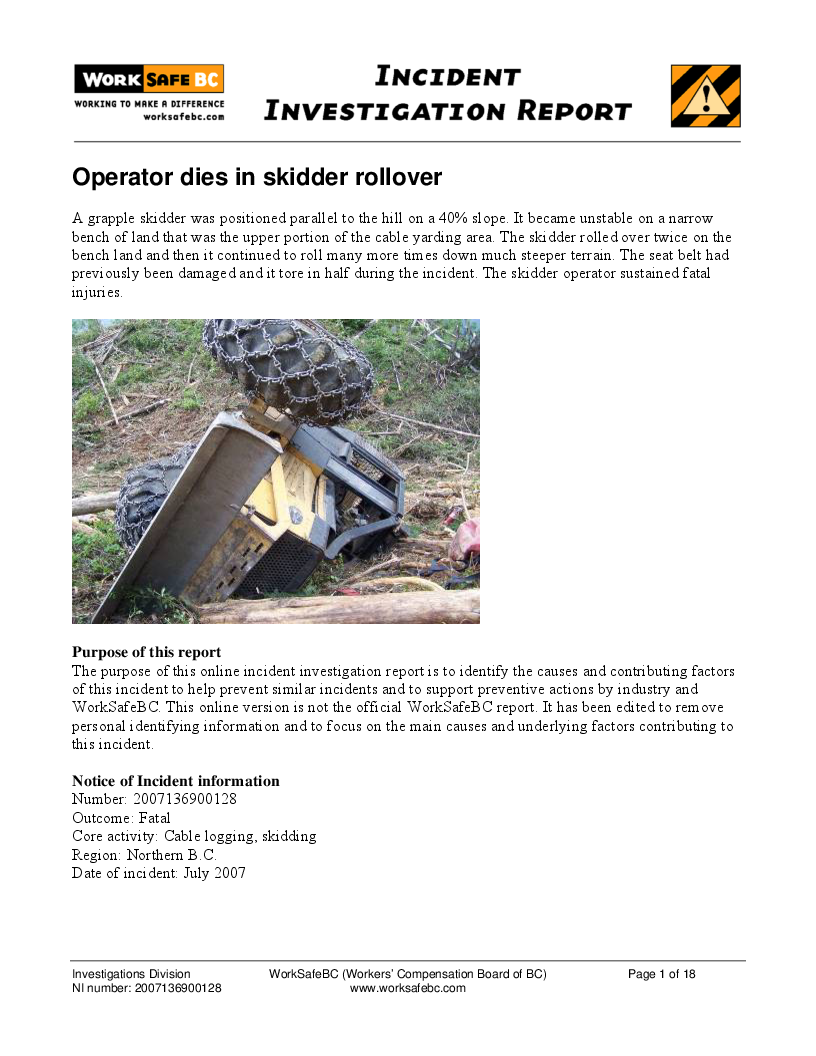 Summary
A grapple skidder was across the hill on a 40% slope. It became unstable on a narrow bench of land that was the upper portion of the cable yarding area. The skidder rolled over twice on the bench land and then it continued to roll many more times down much steeper terrain. The seat belt had previously been damaged and it tore in half during the incident. The skidder operator sustained fatal injuries.