Labourer run over by forklift 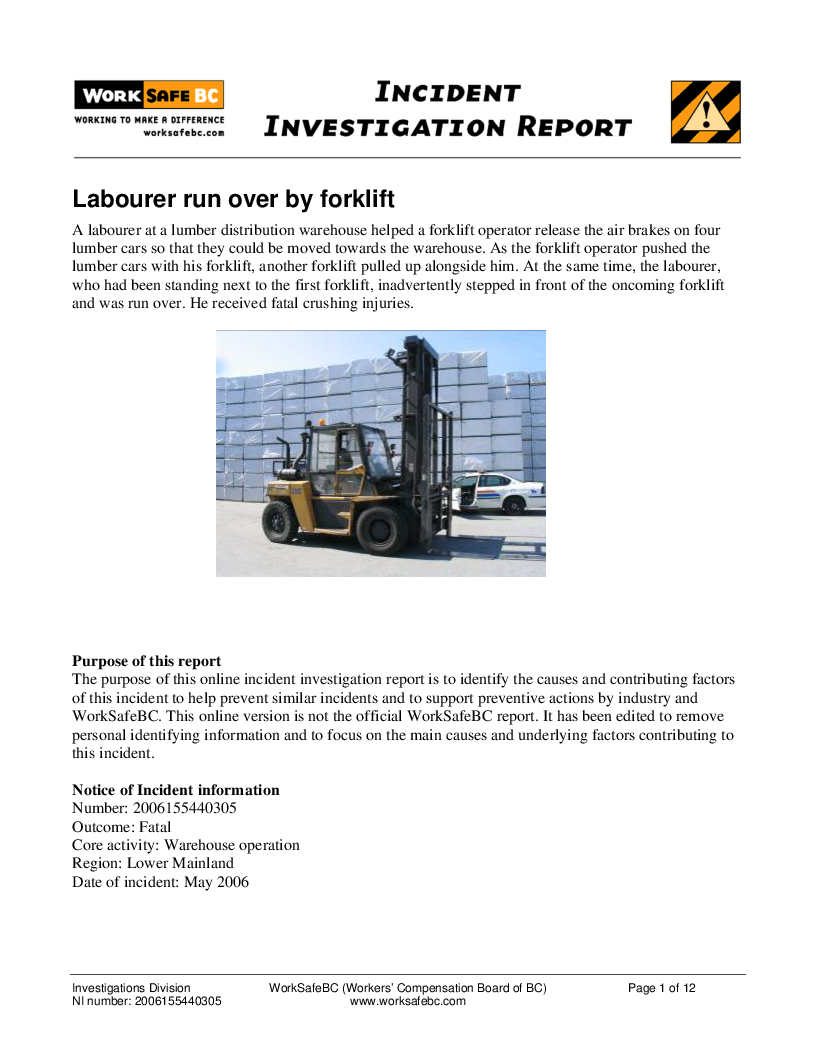 Summary
A labourer at a lumber distribution warehouse helped a forklift operator release the air brakes on four lumber cars so that they could be moved towards the warehouse. As the forklift operator pushed the lumber cars with his forklift, another forklift pulled up alongside him. At the same time, the labourer, who had been standing next to the first forklift, inadvertently stepped in front of the oncoming forklift and was run over. He received fatal crushing injuries.