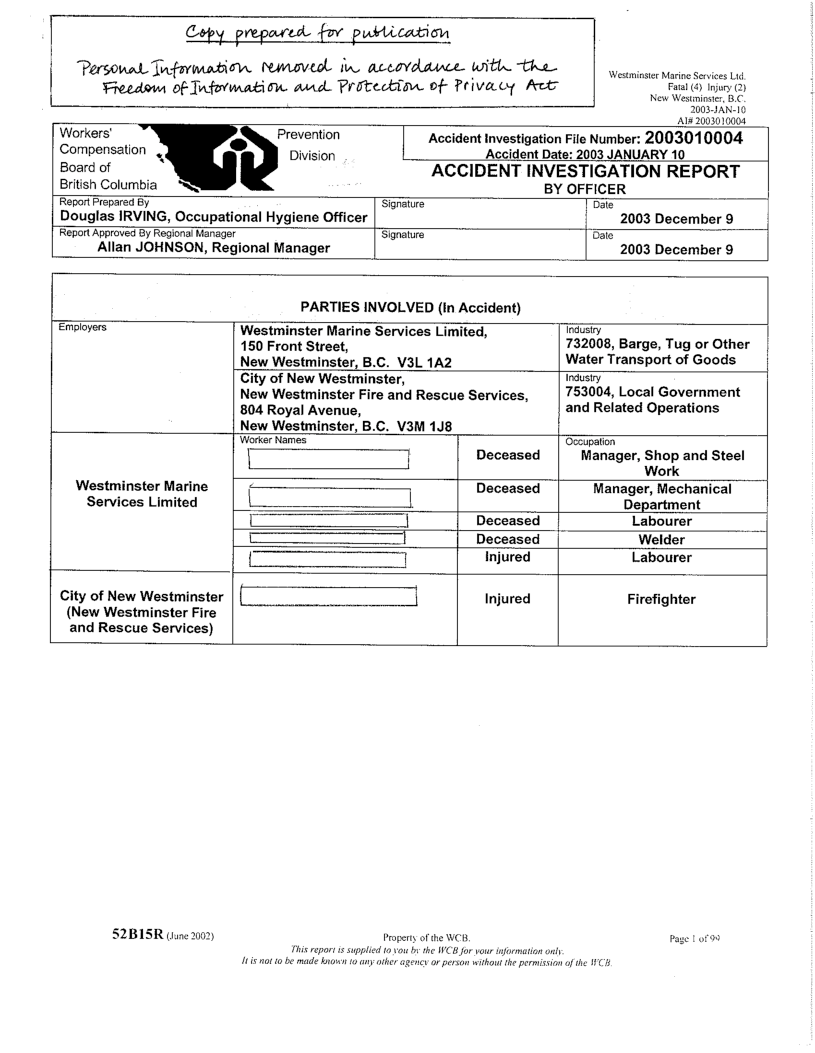 Summary
A 342-foot barge was undergoing maintenance in New Westminster. Workers were carrying out a variety of repairs on the barge, including repairs to manhole covers that access void compartments in the hull. The compartments are considered "confined spaces." A supervisor went missing and another worker located him in the bottom of a compartment within the hull. Three other workers, one by one, entered the compartment to rescue their colleagues and lost consciousness. Ultimately four workers died from oxygen deprivation and one suffered injuries. A firefighter was also injured in a rescue attempt.