Explosion and fire at sawmill in Prince George 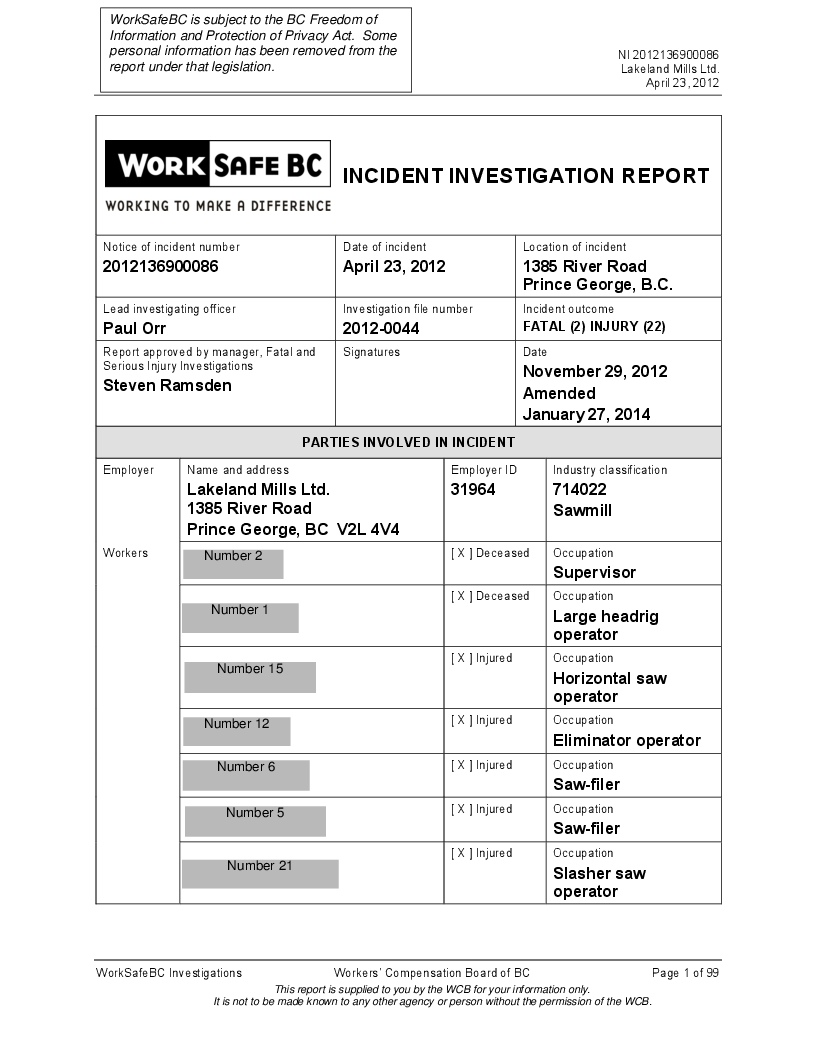 Incident summary
The afternoon shift at the Lakeland sawmill was taking its lunch break. Workers were in various areas of the sawmill and in the mill's two lunchrooms. The northeast corner of the sawmill exploded outward; a few seconds later, the mill's northern baghouse erupted in flames. The explosion travelled east to west through the operating level of the sawmill and collapsed the main lunchroom walls onto the workers assembled there. Workers in the basement-level millwright's lunchroom were blown out through the south wall by the force of the explosion. The sawmill caught fire as a result of the explosion and was destroyed. Two workers died as a result of their injuries, and 22 others were injured.