Richmond, B.C. – WorkSafeBC is reaching out to both employers of young workers and young workers themselves to be vigilant about workplace safety. Between 2012 and 2016, more than 32,000 young workers aged 15 to 24 were injured on the job; of those more than 3,600 were seriously injured — an average of 14 per week. 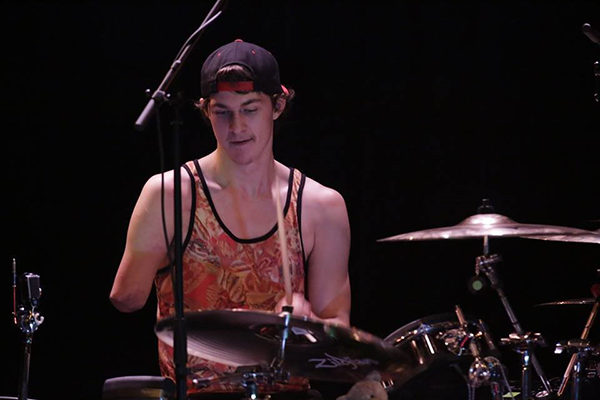 Jack Thomas is a young worker who lives with this reality every day. In 2015, as Jack was working near a conveyer belt that had been turned off, the belt suddenly started up and his sleeve was caught in the machinery.

Jack had only been on the job for two months when, at 17, he lost half of his right arm.

“It was a summer job,” he says. “I didn’t think at all about making my own safety a priority. It just wasn’t on my mind.”

Jack reflects often on how different his life might have been. He hopes telling his story will help other young workers think about possible hazards in their workplaces and speak up.

“All young worker injuries and deaths are unacceptable,” says Trudi Rondou, WorkSafeBC Senior Manager, Industry and Labour Services. “We want to address reservations young workers may have about raising safety concerns with their bosses, encourage them to trust their instincts and help them understand their rights and responsibilities on the job.”

WorkSafeBC launched the Listen to Your Gut awareness campaign to encourage young workers to speak up when faced with a potentially unsafe situation. Young workers can visit worksafebc.com/ListenToYourGut for tips on bringing safety concerns to their boss and watch videos showing various workplace scenarios.

In addition, WorkSafeBC is reaching out to employers of young workers with short videos titled, What I Know Now, based on employers reflecting on their first jobs — and lessons learned. Employers in B.C. are required by law to train and supervise all their workers and ensure their health and safety.

The employers featured in the videos are: Beedie Construction, Central Kitchen + Bar, London Drugs, and Jacob Bros. Construction. These employers represent three industry sectors with high numbers of young worker serious injury claims: the service sector (restaurants), the construction sector, and the trade sector (retail). The videos and other resources can be found at WorkSafeBC.com/WhatIKnowNow.

WorkSafeBC works with a broad range of organizations such as employer associations, labour, government, and parent and community groups to increase awareness of young worker safety training, orientation and health and safety issues. And, WorkSafeBC continues to focus prevention efforts on young workers by consulting, educating and when necessary holding employers accountable to their responsibilities under the Workers Compensation Act and Occupational Health and Safety Regulation.

WorkSafeBC is an independent provincial statutory agency governed by a board of directors that serves about 2.3 million workers and more than 225,000 employers. WorkSafeBC was born from the historic compromise between B.C.’s workers and employers in 1917 where workers gave up the right to sue their employers and fellow workers for injuries on the job in return for a no-fault insurance program fully paid for by employers. WorkSafeBC is committed to safe and healthy workplaces and to providing return-to-work rehabilitation and legislated compensation benefits.

To learn more, see these resources:

For more information or to arrange for an interview with Jack Thomas and/or Trudi Rondou, please call: