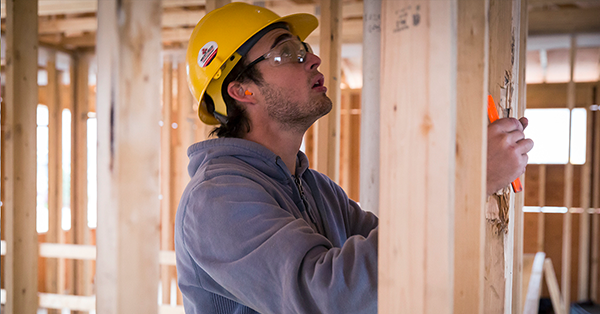 Among construction workers age 21 or younger, 24 percent reported not wearing hearing protection as compared to 13 percent of workers over the age of 50 and 11 percent of workers in all other age groups. The data was collected in 2016 from more than 160,000 hearing tests conducted by B.C. employers as part of hearing loss prevention programs.

“Noise-induced hearing loss needs to be taken very seriously,” says Sasha Brown, WorkSafeBC occupational audiologist. “It can be caused by a single exposure to loud noise or more typically by repeated exposures to consistent noise. While the damage may be painless, it is irreversible and may go unnoticed for years or even decades until it reaches a point where it has a significant effect on one’s quality of life.”

According to the Occupational Health and Safety Regulation and Guidelines, employers are required to provide hearing loss prevention programs, monitor noise levels, and conduct annual hearing tests for workers exposed to hazardous noise to prevent noise-induced hearing loss and permanent hearing damage. All workers are responsible for wearing appropriate hearing protection and taking part in their employers' hearing loss prevention programs. Hazardous noise levels are defined as 85 decibels in the ‘A’ scale for eight hours or the equivalent; the A scale is used for measuring environmental noise.

Since 2006 there have been more than 37,000 accepted claims for noise-induced hearing-loss in B.C.

“We want to raise the level of awareness among employers of the prevalence and seriousness of this occupational disease, as well as the need to have prevention programs and testing in place, so workers don’t have to live with its debilitating effects for the rest of their lives,” Brown says.

WorkSafeBC has online resources to assist in understanding and preventing noise-induced hearing loss:

Learn more about hearing loss prevention and safety plans in the January/February edition of WorkSafe Magazine.

Media contact to arrange for an interview and further information: