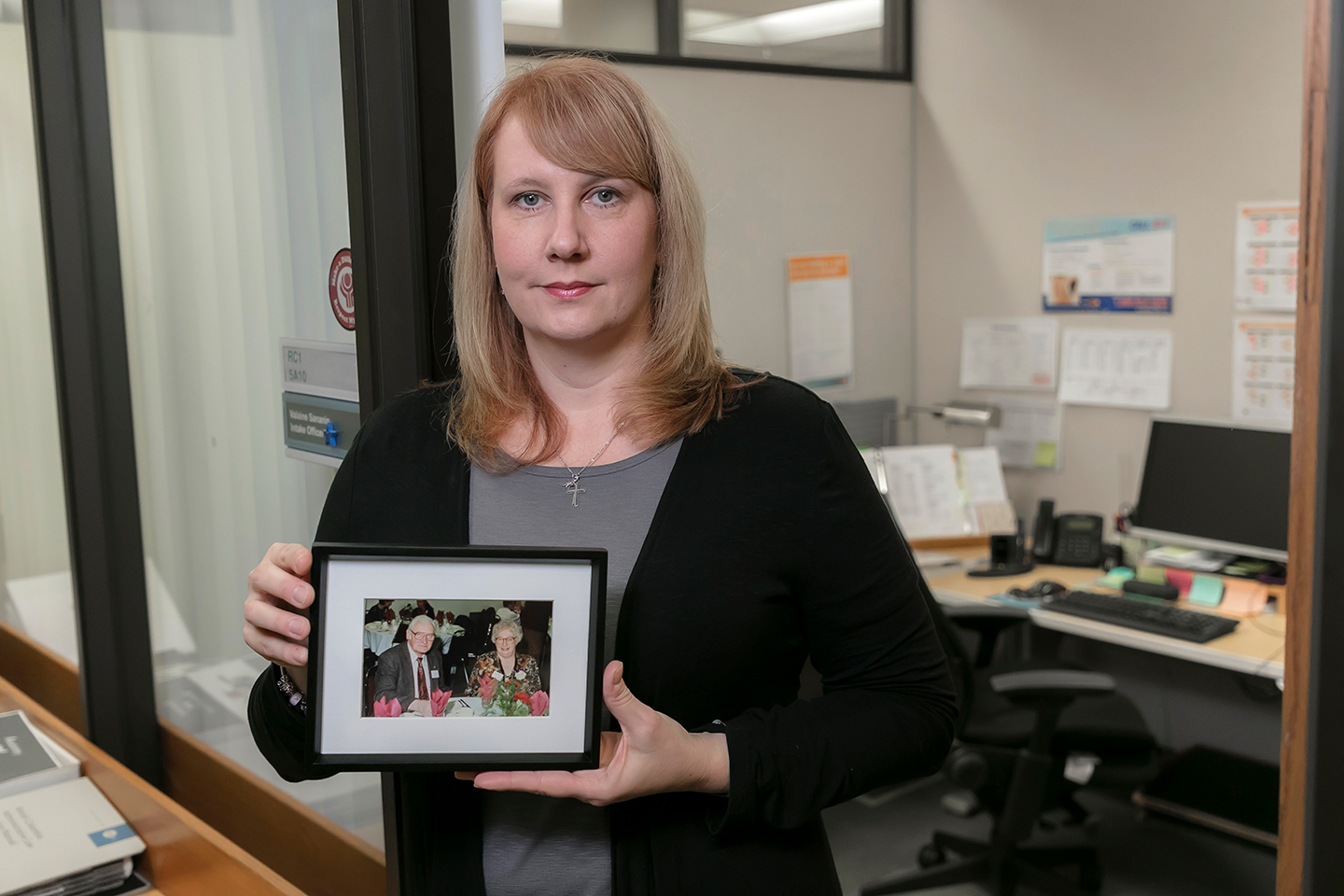 The Day of Mourning is an important day to many – especially our own staff, some of whom began a career in health and safety because they were affected by a workplace incident or death.

Valaine Sananin is an intake officer in our Review Division. Her father, John, was an electrician who worked on large construction sites. In 1981, he fell through an unmarked hole on the roof and broke all his ribs on one side, his pelvis, and his collar bone. John's injuries required a long recuperation. Ultimately, he was unable to return to his job due to limited mobility and strength, and took early retirement. Before his accident, Valaine recalled, "He was always active, always careful about his diet. He had always been healthy, and I thought he'd live until he was 100 years old." In October of 1993, John walked his daughter down the aisle at her wedding. A month later, he became ill. 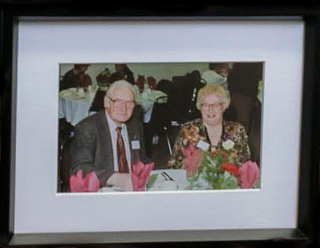 The doctors originally suspected pneumonia, but after further testing, he was diagnosed with mesothelioma, an aggressive cancer in the lining of the lungs or abdomen. Doctors knew it was connected to asbestos exposure, and the family began the emotionally difficult but necessary task of collecting documents and records of his employment to make a disability claim.

Valaine remembers Daljit, the WorkSafeBC disability awards officer from her father's case. He was "a good listener, offering support for our family. He was always caring and available to talk." Daljit was also at the funeral when her father passed away in August 1994.

Valaine, who now works in our Review Division as an intake officer, started at WorkSafeBC in 1998. After 20 years, she is still enthusiastic about her work. "You can make a difference," she says. When she meets clients with similar experiences, she tells them, "I've been through that, I hear you." She takes time to make sure they understand the review process, and encourages them when they feel discouraged.

She has written her father's name — "John Bizovie, 1994" — on the Day of Mourning sticker in her office. In his honour, she commemorates Day of Mourning each year, but finds it very emotional.

After her father's death from mesothelioma, Valaine explains, "If I drove past a demolition site where I had concerns that abatement procedures weren't being followed, I would call the prevention line. I still call them." She knows that even as the rates of workplace death and injuries go down, the rate of deaths due to occupational disease continues to climb, reflecting an earlier era of less attention to monitoring and protection from occupational hazards like asbestos.

In B.C. last year, 84 workers died from occupational diseases, with 60 as a result of asbestos exposure. But Valaine remains determined. "We can't stop. We have to keep getting better."

Take a moment on April 28 to remember

Join us in a moment of silence on April 28 at 10:30 a.m. to remember the 140 B.C. workers who died last year from a workplace injury or disease.

Watch our social media channels and dayofmourning.bc.ca for a video message from our partners to recognize the day, and those we lost.