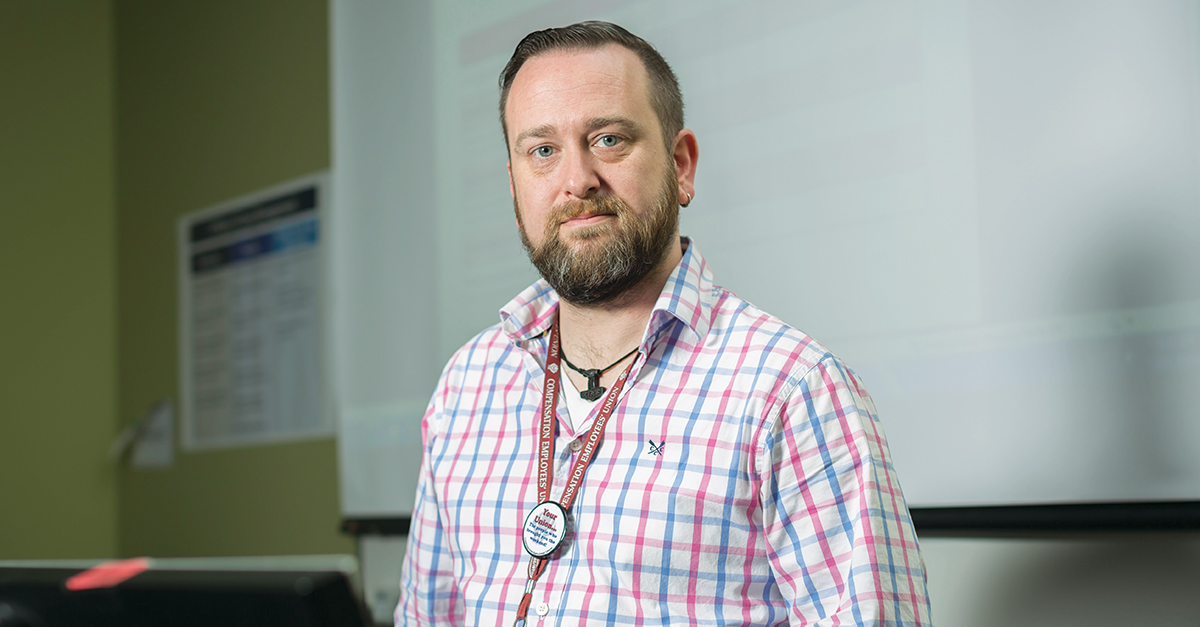 The Day of Mourning is an important day to many – especially our own staff, some of whom began a career in health and safety because they were affected by a workplace incident or death. Personal experience led Todd Gates to dedicate his career to workplace health and safety.

Todd Gates, instructional project lead for our prevention learning development team, learned at a very young age that people can get seriously hurt on the job. His dad was a meat cutter who injured his back carrying large loads of meat from the freezer to his work space.

The father of three hurt his back before Todd was born and then again when Todd was young. He needed both surgery and rehabilitation.

Watching his dad struggle wasn’t the only influencing factor on Todd’s career.

When he was 16, his best friend, a girl named Vyanne, died on the job. She was working as a summer-camp leader and had taken some kids out for a hike. She lost her footing and fell down a steep embankment into a stream. She was just 15.

“There was a lack of supervision and safety procedures,” he says of her death. “If Vyanne’s employers had done some kind of hazard recognition or risk assessment for her as a young worker, things may have turned out very differently.”

Learning about WorkSafeBC’s prevention services proved to be a turning point in Todd’s career.

“I was working in software development and training when I heard about WorkSafeBC’s Prevention division, which focuses on making sure employers provide a safe work environment. I thought, ‘How can I use my skills to contribute? What can I do to help?’”

Wanting to make a difference, Todd took a job as a file clerk at WorkSafeBC to get his foot in the door. After about a year and a half, he moved into instructional design and then moved to his current role of instructional project lead, where he trains and provides performance support services for occupational health and safety officers and others.

“If I could support prevention officers as they help employers choose safer ways of doing things, I knew I could help workers go home safe at the end of the day,” Todd says. Each year, as the Day of Mourning approaches, Todd remembers his friend Vyanne.

“I know that my workplace honours Vyanne on that day,” he says. “It’s a day that reminds us that we all have a responsibility for other people’s safety. Safety should be the number one priority for us all.”

Take a moment on April 28 to remember

Join us in a moment of silence on April 28 at 10:30 a.m. to remember the 140 B.C. workers who died last year from a workplace injury or disease.

Watch our social media channels and dayofmourning.bc.ca for a commemorative video to recognize the day, and those we lost.