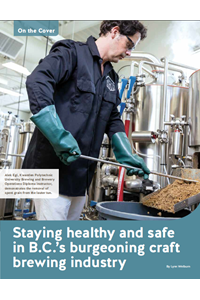 To keep workers healthy and safe on the job, WorkSafeBC works with partners to stay abreast of workplace hazards and risks — including in new and growing industries.