The World Without Linen Bags 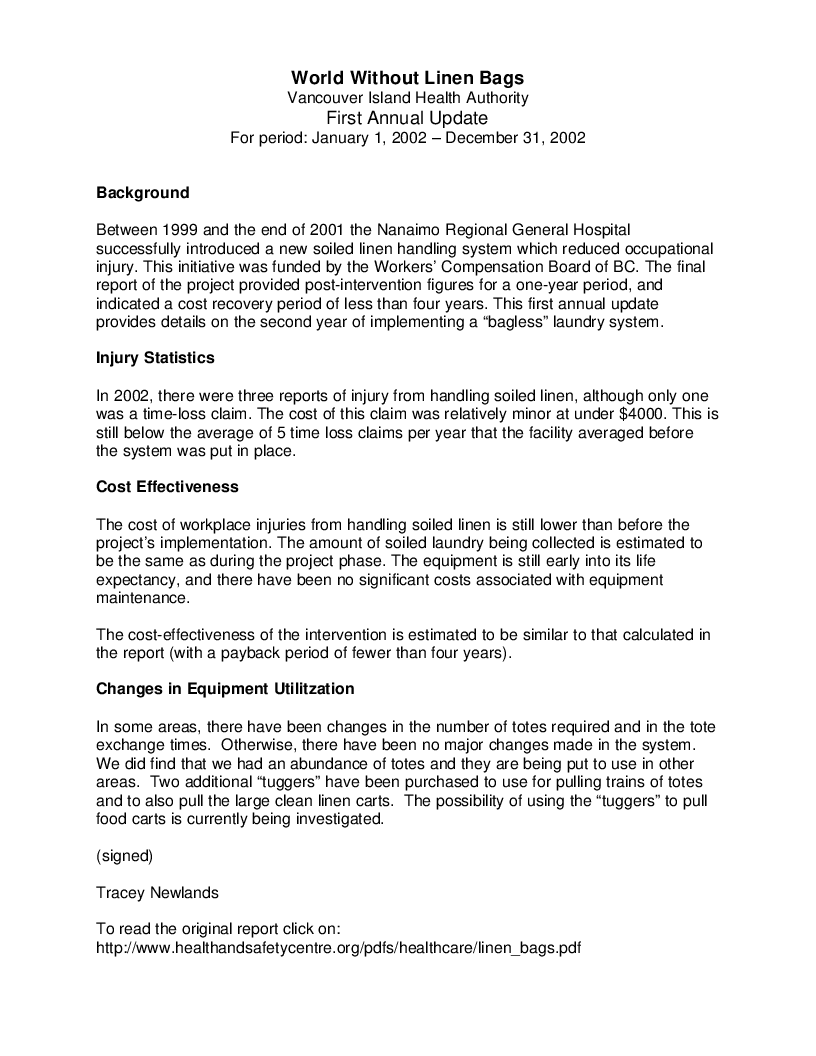 Between 1999 and the end of 2001 the Nanaimo Regional General Hospital successfully introduced a new soiled linen handling system which reduced occupational injury. This initiative was funded by the Workers’ Compensation Board of BC. The final report of the project provided post-intervention figures for a one-year period, and indicated a cost recovery period of less than four years. This first annual update provides details on the second year of implementing a “bagless” laundry system.