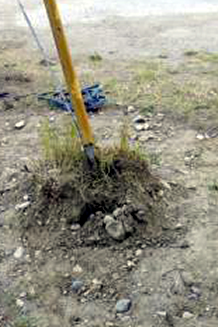 Incident summary
A motel employee, assisted by the on-site motel operator, was preparing to jump-start her personal vehicle after her work shift ended. The worker tripped backwards over a power-pole guy-wire anchor and struck her head on the ground. The worker suffered serious injuries in the incident and later succumbed to her injuries in hospital.