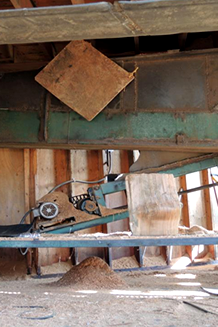 Incident summary
A worker was cleaning up wood waste at a shake and shingle mill. While he was cleaning, he was drawn into the tail spool of a waste conveyor. A co-worker found him entangled in the tail drum. The worker succumbed to his injuries in hospital.