Panels collapsed onto worker as structure was dismantled 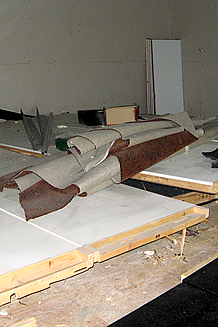 Incident summary
Workers were in the process of dismantling two free‑standing golf simulators, located inside a casino. The golf simulators were composed of modular panels connected with locking fasteners. After the first simulator was dismantled, the floor panels of the second simulator were removed. One of the walls started moving, and then the wall and ceiling panels of the second simulator collapsed. One of the workers was inside the simulator cleaning up debris. He was struck and pinned by the wall and ceiling panels and sustained serious injuries.