Fisherman was caught up in line and drowned 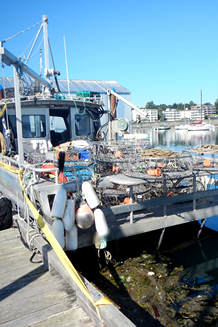 Incident summary
The master and one crewmember on a commercial fishing vessel were setting crab traps. The worker became entangled in the line and went overboard. The master of the vessel called for help using a cellphone. The worker was in the water for 8 to 10 minutes before the master managed to get him back onto the vessel. The unresponsive worker was taken to shore, where efforts to resuscitate him were not successful.